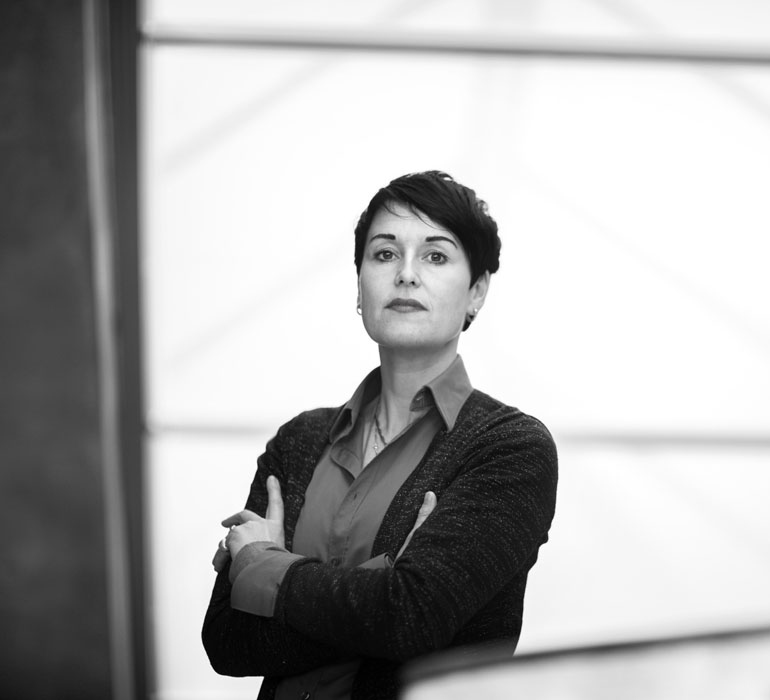 Saskia van Stein (*1969) is Director at Bureau Europa, platform for architecture and
design in Maastricht (NL). As a presentation and network organization, Bureau Europa
presents exhibitions and other activities in the field of architecture, design, instable media and urbanism from a cultural perspective. Bureau Europa’s focus is mainly on Europe and the Euregion in connection with their social and special agenda.
Van Stein worked as a curator at the Netherlands Architecture Institute (NAI) in Rotterdam where her contemporary cultural practice and interest lie in an intricate relational complex of social, political, economical, psychological and cultural phenomena.

Van Stein has an ardent social and cultural commitment and is actively involved in many debates on art, architecture and design, both as a participant, writer and as a moderator. As an educator she’s frequently involved in guest lecturing. Van Stein was chair of the jury for the Prix de Rome 2014, jury member of The Princess Margriet Award for Culture, part of the international jury Dutch Design Awards and involved in the Pierre Bayle 2015 prize for architecture critic.

She’ s a board member of several advice committees, such as Stroom, The Hague, dance company GOTRA/Joost Vrouenaerts, Heerlen, the Euregional informal academy entitled Stad.Academie and experimental participatory architecture platform TAAT, Theater as Architecture, Architecture as Theater in Maastricht.